TAW12 - THE CONTEXT AT DESIGN TIME 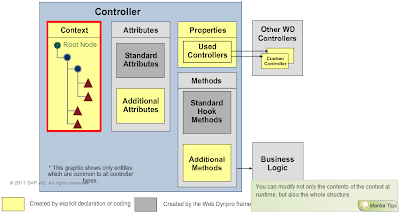 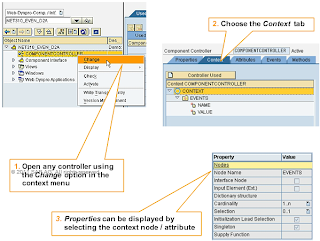 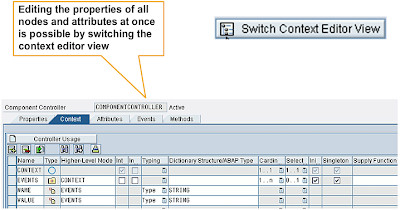 You can edit the properties of all the nodes and attributes simultaneously by simply selecting the Switch Context Editor View option. 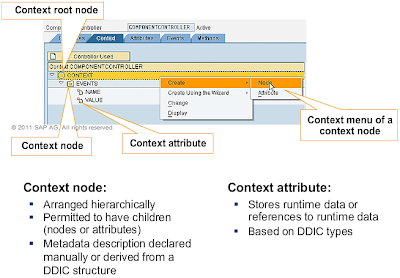 Nodes and attributes constitute a hierarchical arrangement of entities, from which all controller contexts are constructed.
The parent node of a context is known as the context root node; has fixed properties; and cannot be deleted.
The main abstraction class used for runtime data storage within the Web Dynpro framework is known as context node. The node may have attributes or other nodes as children.
A context attribute is an entity within the context, which cannot have children. You can create a context attribute only as the child of some parent node, whether it is the context root node itself or some other node.
You can open the context menu of the context node to create the respective node and attribute. 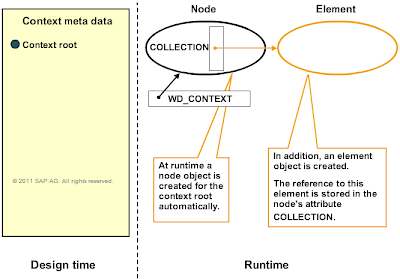 You create the metadata structure at design time, within which the runtime data is stored.
During runtime, a node object is automatically created for the context root.
In addition to the creation of the node object, an element object is created .An element is a unit that aggregates all the child entities of a node. The reference to the element created is stored in the node’s attribute COLLECTION. 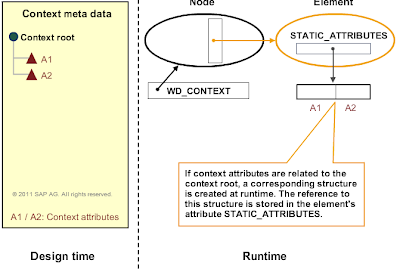 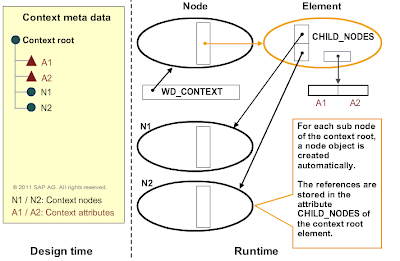 Cardinality is a property of every context node. This property defines the maximum and minimum number of elements that the node collection can hold at runtime. Therefore, cardinality comprises two values. The lower limit cannot be lower than zero (0) and the upper limit cannot be higher than n.
Four possible combinations give rise to cardinality values (specified as <Min>..<Max>):

0..1: Zero or one element permitted

1..n: One or more elements permitted 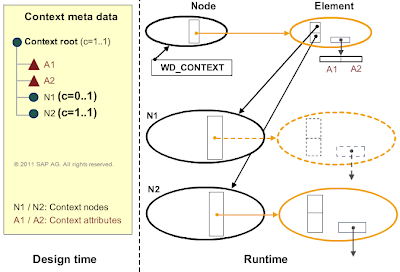 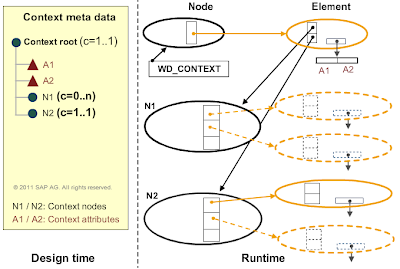 The structure of the context at runtime is no longer the flat, two-dimensional hierarchy seen at design time.
The context now comprises multiple dependent objects. At runtime, you can append multiple elements to a collection originating from a context node.
This concept mimics the differences that an internal table exhibits at design time and at runtime. 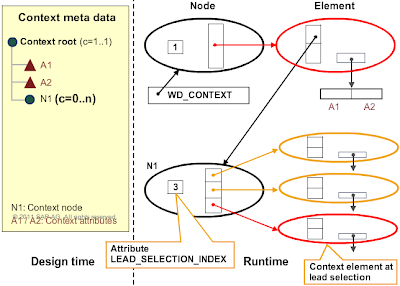 The attribute LEAD_SELECTION_INDEX of each context node is used to simplify the access to the node’s collection. If the context node propertyInitialize Lead Selection is set to true, the attribute is automatically set to 1 as soon as the first element is created. You can also set the lead selection index using the program source code or through user actions related to user interface elements.

You can bind form fields to attributes of a context node having the cardinality 0..n or 1..n. You can change the lead selection index to programmatically manipulate the displayed data set.

Special methods, such as supply functions, can be assigned to context nodes. These functions are called automatically by the framework if the lead selection in the parent node changes. 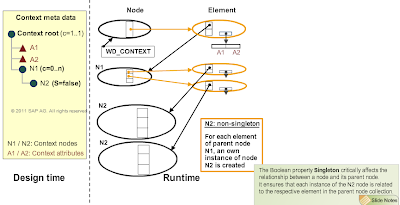 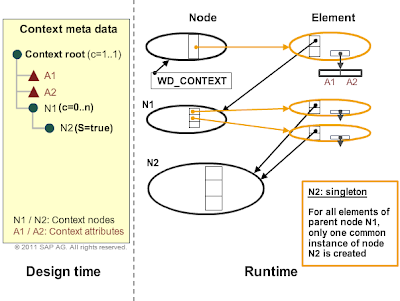 If the Singleton property is set to true for node N2, then despite the multiple elements present in the parent node collection N1, the node N2 is a singleton at runtime. In other words, there will only be one instance of the child node N2. 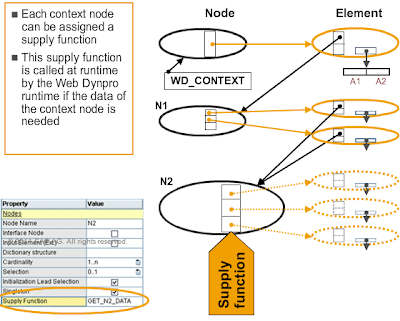 Supply functions are mechanisms used for automatically repopulating child nodes. The property Supply Function has the value GET_N2_DATA. You assign a supply function to each context node of a controller, by setting this value accordingly.
The Web Dynpro calls the supply function at runtime if the data of the context node is needed.

If the node’s collection is initial.

If the lead selection index of the parent node is changed.

If the node’s collection is invalidated programmatically. 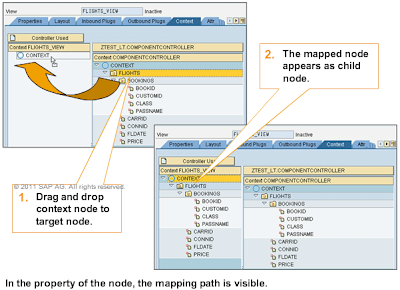 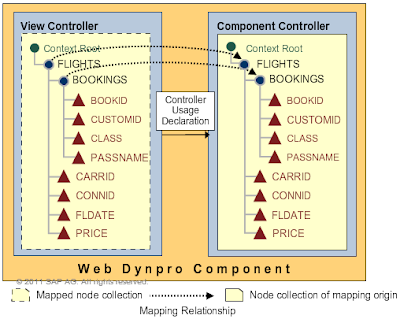