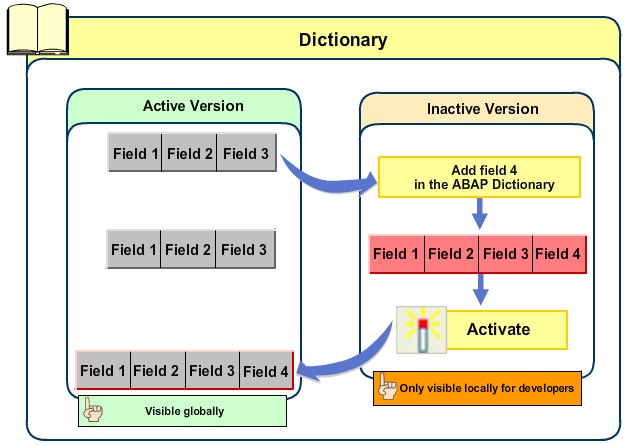 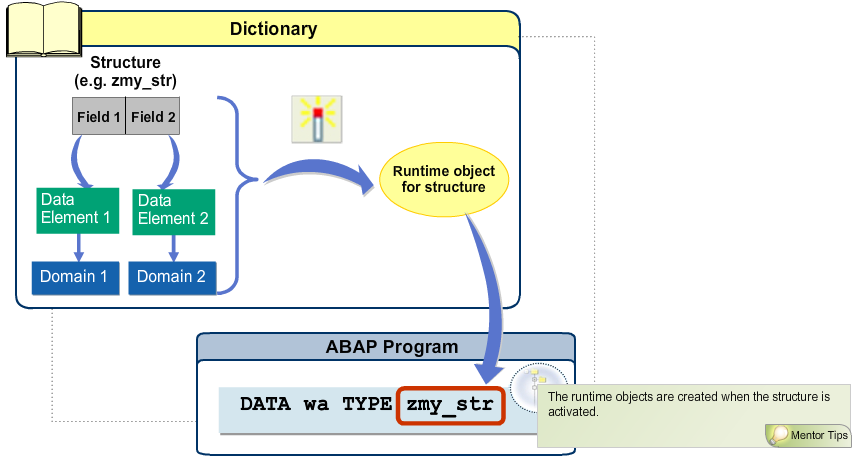 In the ABAP Dictionary, information about a structure or table is stored in data elements and structure definitions. The runtime object combines this information into a structure which is so designed that it can be easily accessed from ABAP programs.

You can create runtime objects for all ABAP Dictionary objects that can be used as types in ABAP programs, such as data elements, table types, and views. These objects hold varied information about the overall structure, the individual structure fields, as well as additional information regarding client dependence, buffering, and key fields required for accessing the table data. 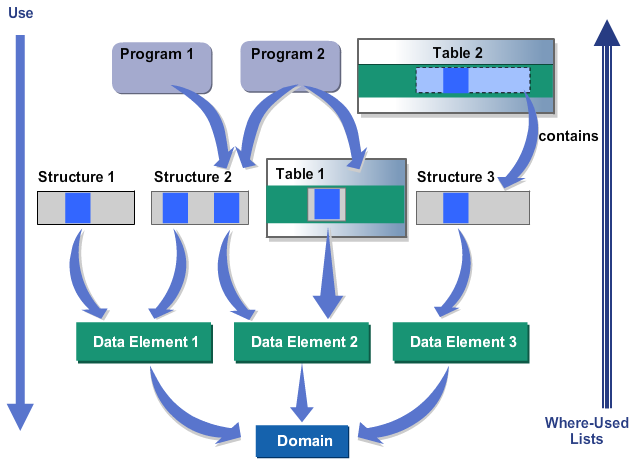 When some change occurs in a domain, then all the data elements, structures, and tables referring to this domain must be reactivated. This is done so that all affected runtime objects adjust to the changed type information.
Each object in the ABAP Dictionary maintains a ‘where-used list’ that provides information about all the other objects that refer to it.
Using this list, you can determine the direct and indirect usages of the ABAP Dictionary object. For this, you need to define the usage object types that have to be included in the search; for example, all structures and tables using a data element.
You can also search the usages of objects that are not part of the ABAP Dictionary, such as all programs, using a table.
Object usage search can also be limited by the development class or user namespace. 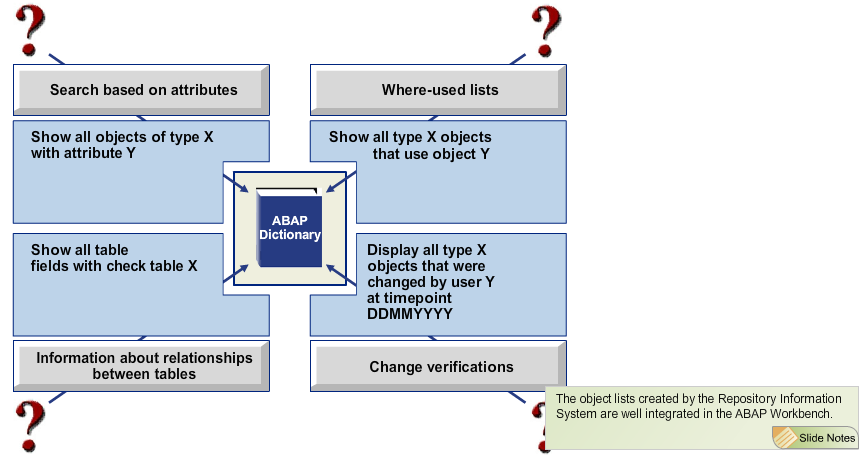