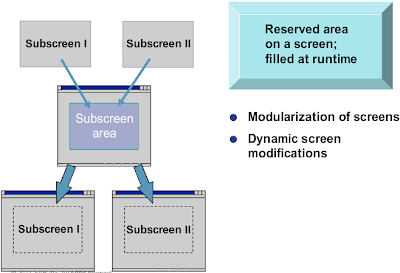 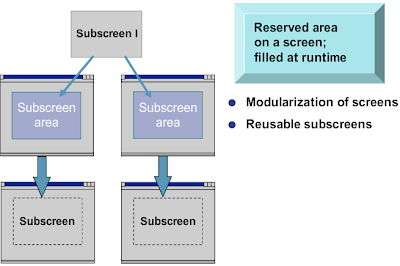 You can include multiple subscreens within a main screen. From a usability perspective, subscreens are highly attractive as different programs can use the same subscreens. You can also define the subscreens dynamically at run time. 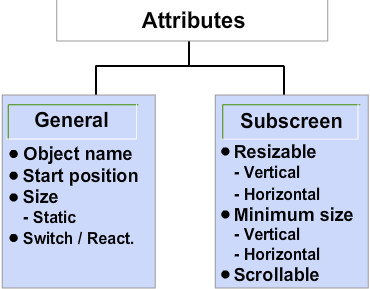 For creating a subscreen area, you need to

select a subscreen from the object list in the Screen Painter;

enter a name for the Subscreen area in the Object text field and position it on the screen;

adjust the top-left corner of the table control area; and

modify the size of the object. 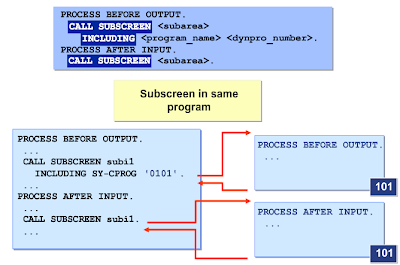 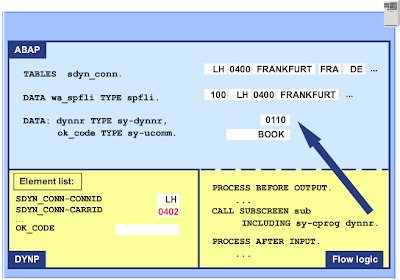 You must use the global fields of your ABAP program for the fields within the flow logic. These fields must be declared in the TOP include of your program. 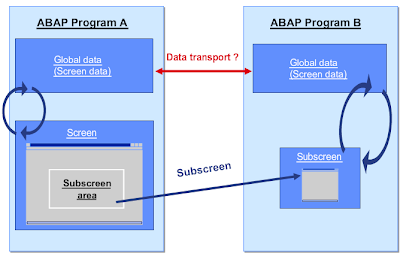 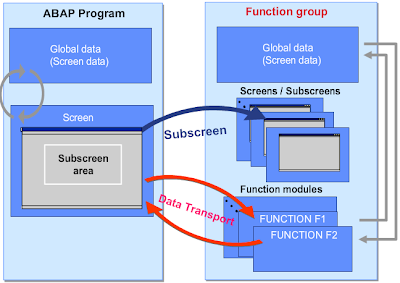 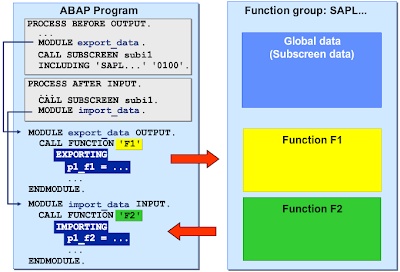 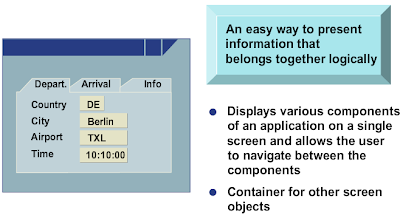 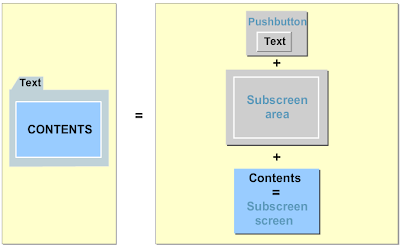 The general attributes, such as Object name, Starting position, and Static size, determine the name, position, and size of the tabstrip control, respectively. The resizable attributes can be used to check whether the size can be changed vertically and horizontally. You can also use the minimum size attribute to set a lower limit beyond which the size cannot be changed. 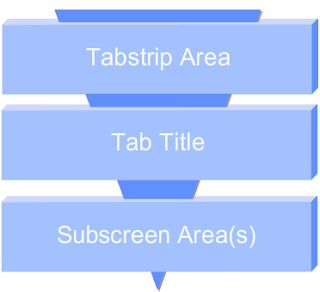 A tabstrip control can be created by first defining the tab area. Then, a tab title is defined and additional tab titles can be added when required. A subscreen area is finally assigned to each page element. 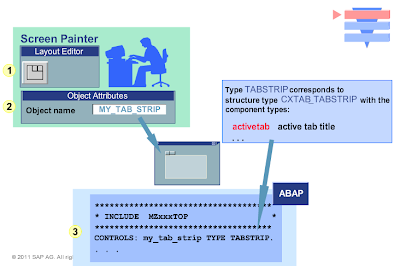 The first step in creating a Tabstrip Control is to define a tab area. You should first select Tabstrip Control from the object list in the screen painter and then place it on the screen.
You should then assign a name to the Tabstrip Control in the Object name attribute.
Next, in the ABAP program use the CONTROLS statement to declare an object with the same name with TABSTRIP as the type.
The type TABSTRIP is defined in the type pool CXTAB. The ACTIVETAB field holds the functions code of the tab title of the currently active Tabstrip. 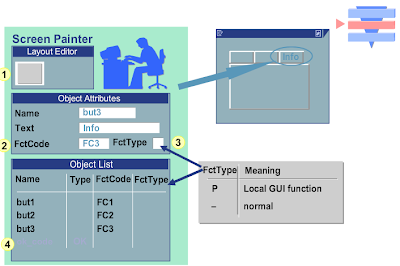 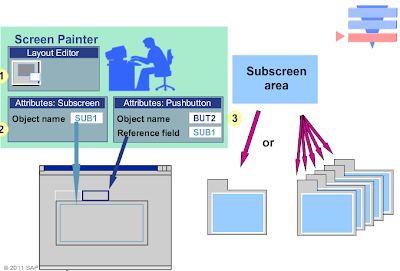 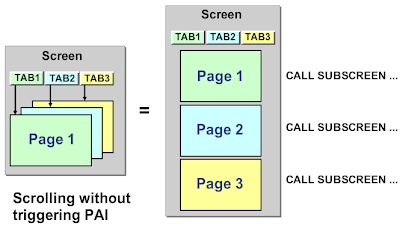 You can scroll between the pages locally at the front end, if a different subscreen area is assigned to each page element in a tabstrip control. It is essential to send all the subscreens to the front end when you send the main screen. You must also ensure that all the tab titles in the tabstrip control have the function type P, so that the user can scroll between the different tab pages without triggering the PAI processing block. 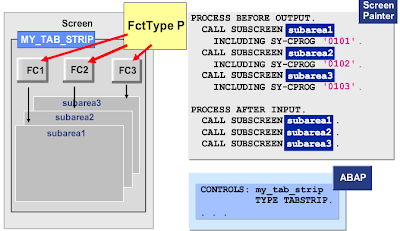 You must call all the subscreens from the flow logic and assign function type P to all the tab titles. The ABAP program uses the CONTROLS statement to declare an object with TYPE TABSTRIP. 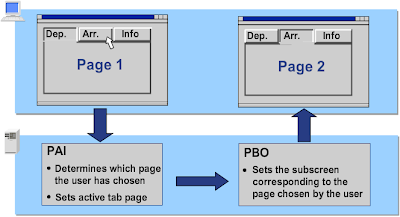 The program analyzes the function code of the chosen tab title to determine which screen is displayed when the page elements share a single subscreen area.
There are two steps in this process:

The program determines which page element should be active on the basis of the tab title chosen by the user in the PAI processing block.

The program displays the corresponding screen during the processing of the PBO block. 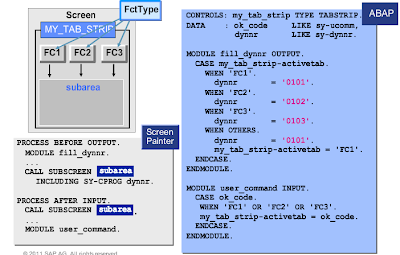 The application program can process scrolling in a tabstrip control when

all the tab pages share a common subscreen area;

all the tab titles have the function code type ‘ ‘ (space);

a variable is used in the flow logic to call the screen for display in the subscreen area; and

the PAI block is used to call a module containing the function code of the active tab title placed in the ACTIVETAB field of the structure my_tab_strip created with type TABSTRIP.

It is also mandatory that the PBO processing block contains a module in which the name of the subscreen is placed in the corresponding variable. 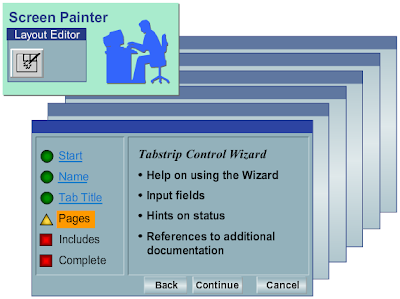 You can insert the tabstrip control on screens in a program using the Tabstrip Control Wizard. The wizard also creates the respective statements in the flow logic, along with the required modules, subroutines, and the data definitions.
Moreover, you can use the wizard to generate empty subscreens for the individual Tabstrip Control pages and Includes for data definition, PBO modules, PAI modules, and INCLUDE statements for these includes.
Posted by Fachreza R at 8:56 PM