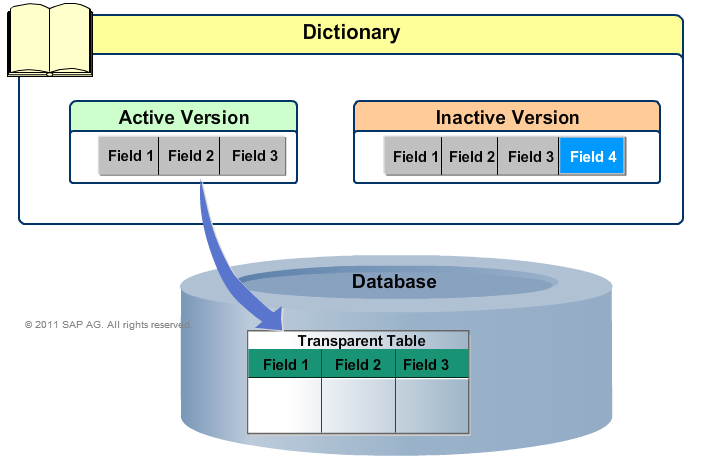 HOW IS THE STRUCTURED ADJUSTED? 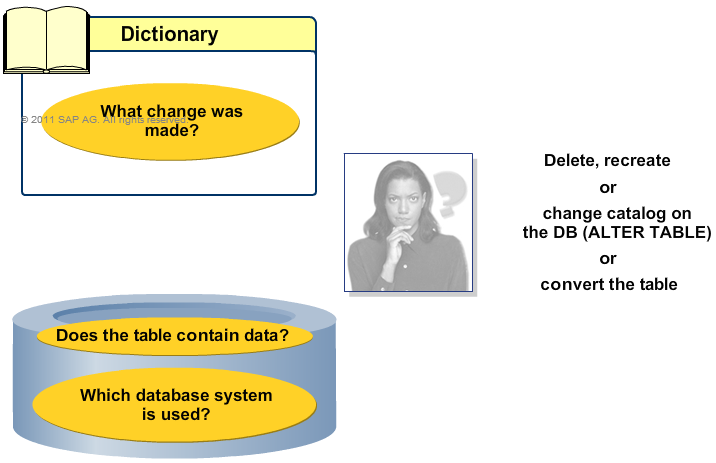 Any change in definition in the ABAP Dictionary should evoke a matching adjustment to the database tables. You can do this by

deleting the database table and re-creating it;

changing the database catalog; or 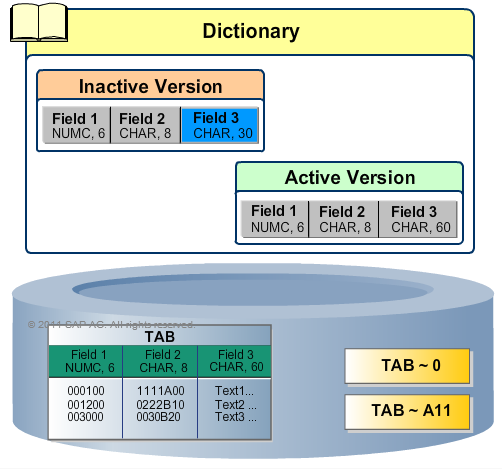 Let us assume that the table TAB in the ABAP Dictionary is so modified that the length of its Field 3 reduces from 60 to 30 places. This results in an active table version where field 3 still has a length of 60 places and an inactive table version where field 3 has 30 places.
As the active version of the table was created on the database, the field 3 in the database table still has 60 places. A secondary index with the ID A11, which was also generated in the database, is specified for the table in the ABAP Dictionary. This disparity between the tables can be removed through conversion. 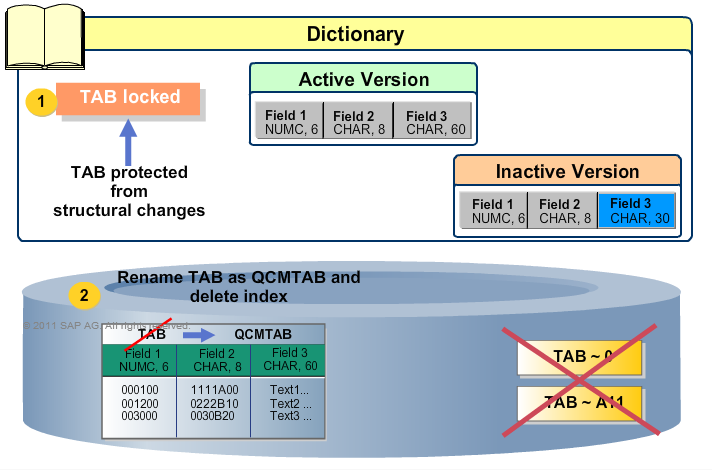 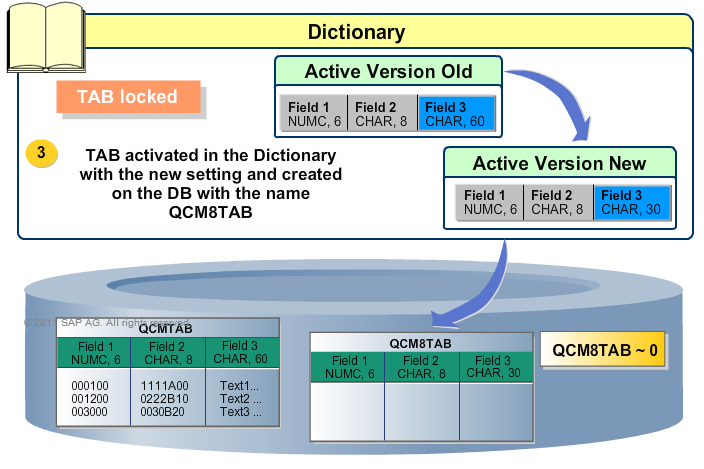 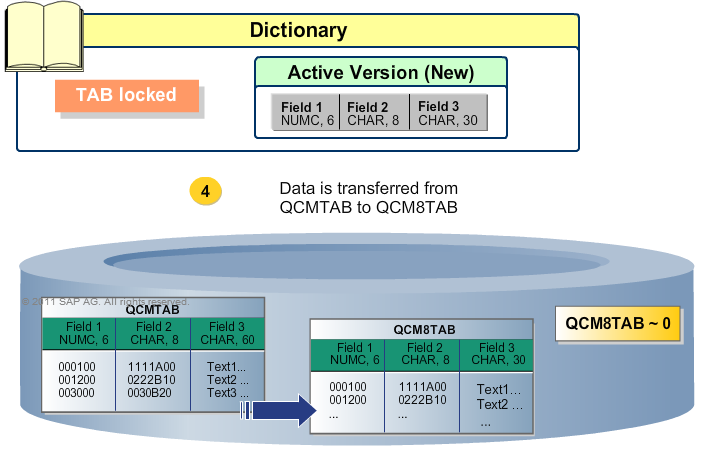 In the fourth step, data is copied back from table QCMTAB into table QCM8TAB so that both tables have the same data. This duplication necessitates more storage space.
When data is copied from one table to another, the system faces a database commit after 16 MB. As a result, the conversion process inevitably requires 16 MB resources in the rollback segment. This ensures that the existing database lock is released with the Commit and then requested again before the next data area to be converted is edited.

You can face three kinds of problems during conversions. If there is excess data in tablespace during the conversion process, such that it overflows, the process of conversion will cease.
Another problem is that if you shorten the key of a table, you will be unable to distinguish between the new keys of the existing records of the table. When you reload the data from the temporary table, only one of these records can be accessible.
The third problem deals with invalid change of type. As the ABAP statement MOVE-CORRESPONDING is used during the conversion process, only those type changes that can be executed with MOVE-CORRESPONDING are feasible. 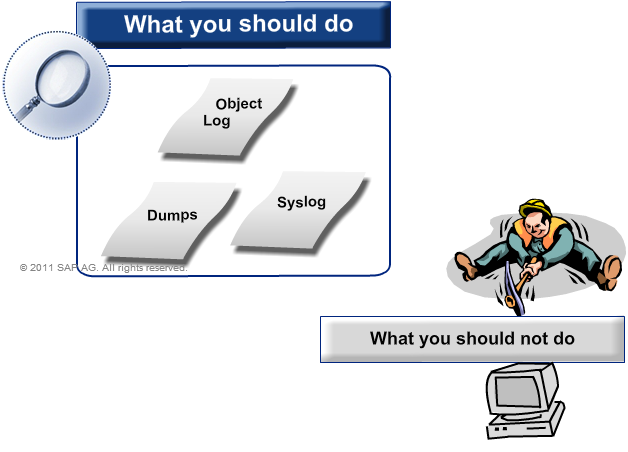 If a conversion terminates midway, the table cannot be edited with the maintenance tools of the ABAP Dictionary. You require transaction SE14 to resume the process. You can use analysis tools such as the object log and the syslog to determine the cause of the error and the present state of all the tables involved in the process. When conversions are terminated, you can use either of the two options in the database utility, Continue adjustment or the Unlock table.
The Continue adjustment option allows you to resume the conversion from where it was terminated.
However, the Unlock table option only deletes the existing lock entry for the table. You must not use this option if the conversion gets terminated in step 3 or step 4 when the data only exists in the temporary table. 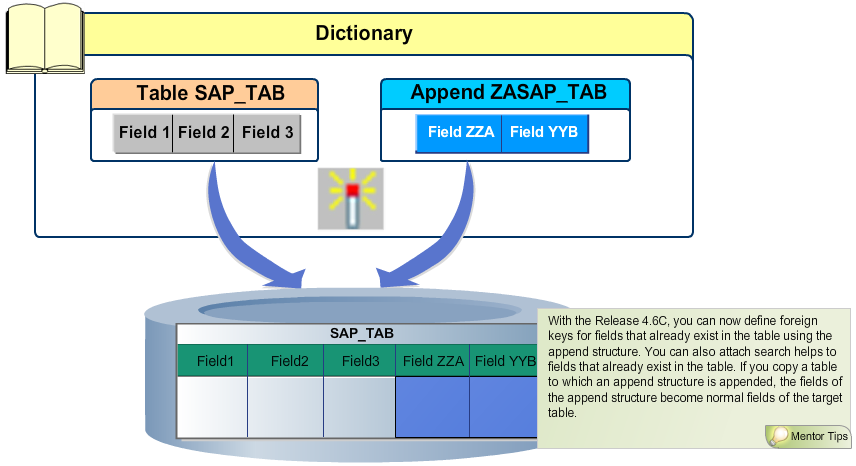 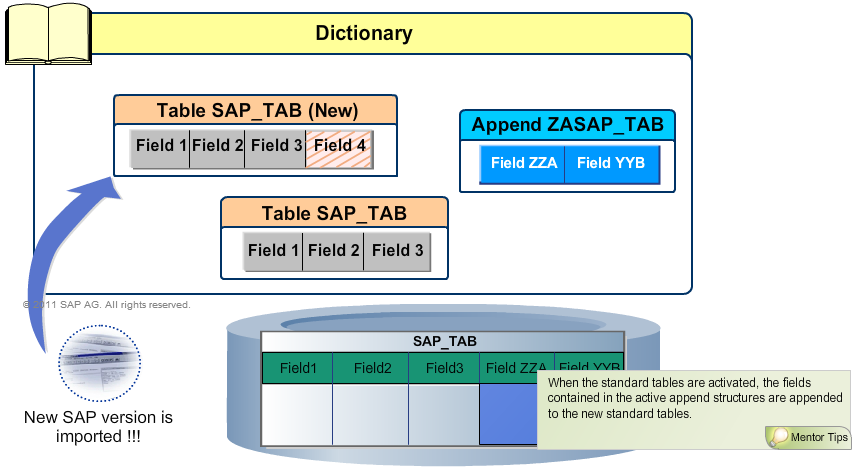 Append structures are created by customers in their own namespace. As a result, they are protected against overwriting during an upgrade.
A conversion is not essential when you add an append structure or insert fields into an existing one. This is because, following Release 3.0, the order of the fields in the ABAP Dictionary can differ from that on the database. The structure is adjusted according to changes made in the database catalog. Therefore, when the table is activated in the ABAP Dictionary, its definition is changed and the new field is appended to the database table. You can import new versions of the standard tables during the upgrade. 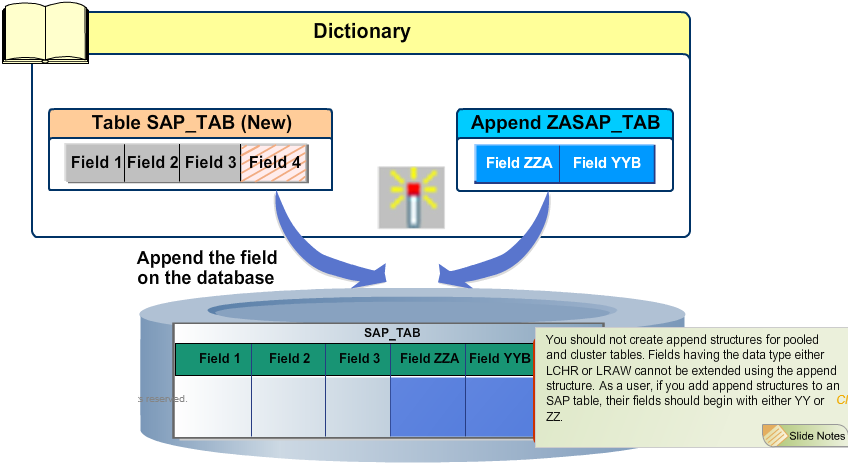 After activating the new version of the SAP standard table, the new field is appended to the database table.

This slide illustrates how a customer can enhance the structures and tables defined by SAP in the ABAP Dictionary.
One method is Customizing includes.
With this variant, certain places within a structure or tables are already reserved for enhancements. However, you need to create the associated Includes first.
The second method is the use of Appends.
With this method, any field without previous reservation can be appended to the end of structures or tables.
Posted by Fachreza R at 9:05 PM